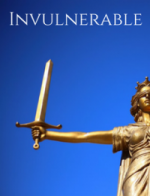 It began as a civic responsibility…an obligation to the state…an all-day chore with lunch breaks. Then tedium turns to terror as Nance discovers that one of her fellow jurors may actually be guilty of murder himself — and has her in his sights.

Now the FBI wants her help to catch him out. But Nance doesn’t know whether it’s Juror Number One, Four, or Seven — and she can’t risk tipping the scales of justice and bringing the wrath of a stern judge down on her head, or on the heads of the agents trying to save her life.

Coercing her fellow jurors into revealing a personal detail that can make or break the case means making herself more vulnerable to a killer than she can bear — but it may be the only way to stay alive.

This is a National Novel Writing Month draft at 50,800 words.